The Game Of Keno: A Brief Background

Keno is a lottery-type game that is like Bingo. Many players enjoy this simple and easy game at land-based casinos. You have to choose numbers to predict which will come up in the draw. There are also online casinos, like BK Thai, that offer lottery-type games.

Keno originated from the Han Dynasty of Ancient China. People believe it started way back between 205 and 187 BC. The Americans learned about this game in the early 19th century. Chinese traders and immigrants taught them Keno as they built the transcontinental railroad. There are rumors related to this ancient game. One is that the Chinese used this game to raise funds for building the Great Wall of China. Another is that this game saved an ancient Chinese city during a war.

A live Keno game played in casinos uses a "bubble" or a circular enclosure made of glass. The bubble has eighty balls that look a lot like ping pong balls with numbers from 1 to 80. A blower inside the bubble mixes the balls during the draw. A caller pushes a lever to open a tube where the balls will lift one at a time into a V-shaped tube. This tube is what they call Rabbit Ears.

The caller and a verifier will record the 20 drawn balls. The computer calculates all the wagers based on the numbers drawn. Players will mark their blank Keno ticket by putting an X on their spot choices. After players place their wagers, the 20 balls get drawn at random. Players will get payouts depending on the paytable. The payouts depend on the numbers on the balls matching the selected numbers on the Keno ticket. Each casino has a different paytable.

The ball draw for a modern Keno takes place in a Keno booth. This booth is what they call the bubble in traditional Keno. It also has a Rabbit Ear blower to mix the balls. The balls get encoded and read by a computer when drawn. The number of the ball gets sent to a computer.

Keno runners will then come on stage and shout Keno. These runners offer to carry the wagers of players for processing. They receive the wager payment and Keno wager forms filled up players. The runners return with an outside ticket or an official receipt. The players should check if there are any mistakes in the ticket before the ball draw. Players will then wait to see the outcome of the draw.

Make The Right Move To Win The ... 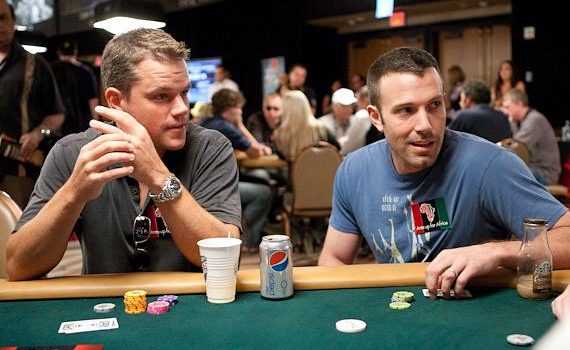